Down Royal is one of two tracks in Northern Ireland and is located just 16km south of Belfast. They host racing all year round both on the Flat and under National Hunt rules, with a total of 12 race meetings taking place there every year.

The showpiece meeting on the Flat is the Ulster Derby card which takes place in June. The feature race is a valuable handicap that tends to be won by a smart sort, as does the main supporting race on the card, the Ulster Oaks.

The feature of Down Royal’s entire year is the two-day JNwine.com Champion Chase meeting in November which boasts a total of four Graded National Hunt races, with the JNwine.com Champion Chase being the highlight. While it has only been run since 1999, it has quickly established itself as a target for top staying chasers in the first half of the season. Previous winners of it include Florida Pearl, Looks Like Trouble, Beef Or Salmon (twice), Kauto Star (twice), The Listener and Road To Riches. 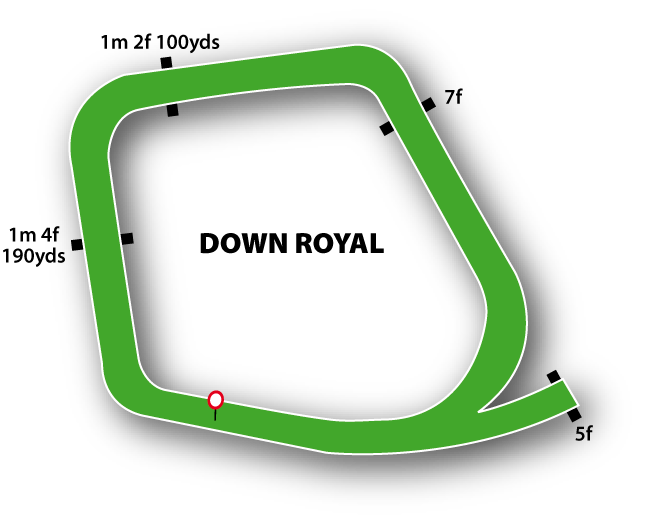 A right-handed circuit of just under two miles, essentially square in shape. The course is undulating for much of the final mile, with the run-in slightly uphill. A chute for five-furlong races joins the main track after about a furlong, with races at that trip slightly on the turn until straightening just over a furlong out.


Down Royal is a very big track, but there is plenty of turning to be done around it and ideally you need a horse with pace. Mind, because of the layout of the track, you often see races changing very late on with finishers getting involved as the leading bunch have started racing a bit too soon. The sprint track is all about speed. A low draw is a big help and horses that can get out and away can be very hard to peg back from front rank. 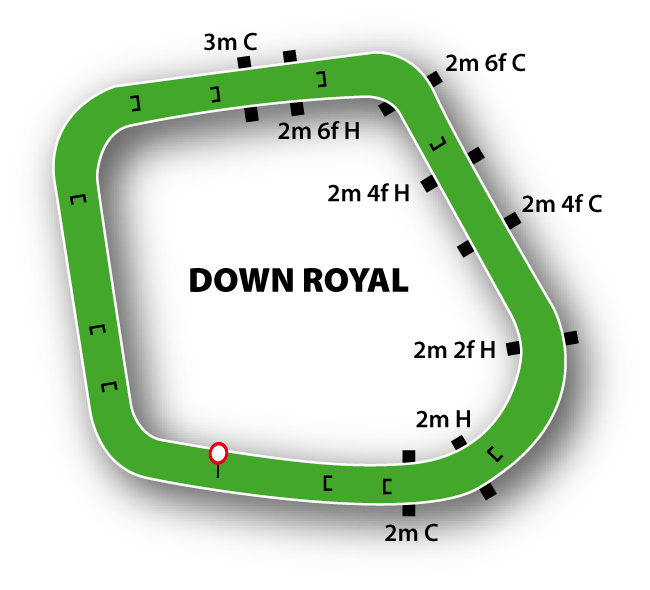 A right-handed, undulating, square-shaped track with a circuit of one mile and seven furlongs. On the chase course there are ten fences to a circuit with four fences in the final four furlongs and a run-in of less than a furlong. In chases over two miles no fence is jumped more than once. Hurdle races over two miles start on the chase course after the last fence with the first hurdle jumped only once; the run-in is over a furlong and a half.


A really good galloping track, it’s the better part of two miles around. It’s a fair track that horses can win from any realistic position and I always found the fences very fair too. The chase track is on the wide outside and riders will often go widest of all in search of better ground.