The track’s most valuable meeting is in late February, where feature races include the Premier Kelso Hurdle, a Grade 2 race over 2m 2f and the Premier Chase, a listed race run just short of three miles and the Morebattle Hurdle, a conditions race staged in mid-February which features Simonsig and Peddlers Cross on its list of previous winners. 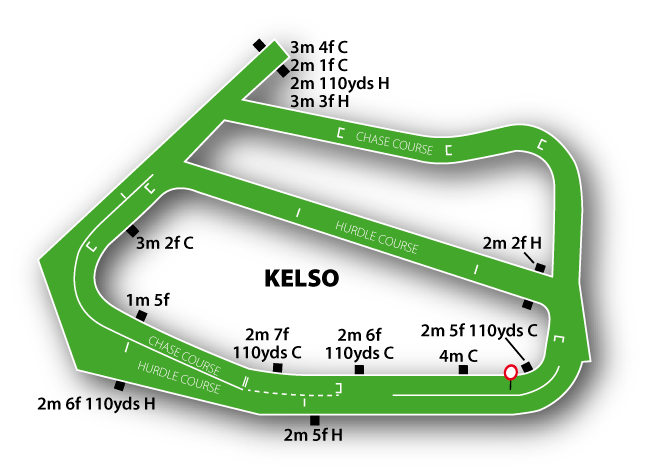 Left handed, generally flat, with the hurdles course separate to the chase one and around a furlong shorter in length. The position of the final obstacle on both tracks was placed closer to the winning post from October 2012, negating the formerly 2f run to the line, ensuring there is less emphasis on stamina than previously. It's true to say that conditions can get gruelling in mid-winter, but on anything other than soft/heavy ground it's a track which is essentially sharp in character. The chase course has one of the highest casualty rates in the country.


Kelso is a course which puts a premium on stamina. It certainly takes a fair bit of getting and, if you think you’re nearly home when you get to the final obstacle, you’re kidding yourself. They’ve altered the layout recently, making the run-in on the chase track shorter, but that doesn’t mean the shape of a race can’t change dramatically in the closing stages. The hurdles course is different, with longer gaps between jumps, but still demanding. It’s a stiff course, for both disciplines, but a beautifully fair one.