Leopardstown is the premier dual-purpose racecourse in Ireland, boasting action of the very highest quality both on the Flat and under National Hunt rules throughout the year. Conveniently located just 8km south of Dublin city centre, it hosts a total of 23 meetings throughout the year which feature a total of 13 Grade 1 races over jumps and two Group 1 races on the Flat.

While there is a steady stream of Group action on the Flat throughout the summer months, the centrepiece of Leopardstown’s Flat calendar is Irish Champion Stakes day which now makes up one half of Irish Champions Weekend in September. The featured Irish Champion Stakes is regularly rated as one of the best races in the world and has been won by the likes of Giant’s Causeway, High Chaparral, Sea The Stars and Snow Fairy.

Leopardstown hosts a series of highly-significant meetings during the winter months such as the Irish Champion Hurdle meeting in January and the Hennessy Gold Cup meeting in February, but pride of place goes to the Christmas Festival. Held over the course of four days from St Stephan’s Day onwards, it hosts seven Grade 1 races that give top-class horses in almost every division a chance to shine and it attracts the biggest crowds of the year to the track. 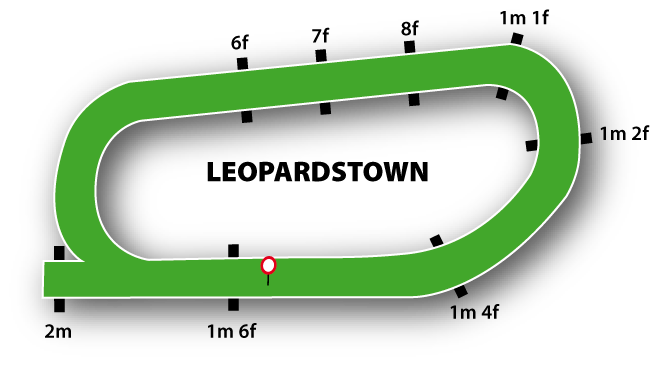 A wide, left-handed oval track of around a mile and three quarters in extent. The course is fairly level except for a slight rise from the last bend and the turns are easy. It is essentially galloping in character.


Leopardstown is a very, very good track. It is a stiffer track than most people give it credit for, there is a long gradual rise all the way up the straight and the fact that they can start racing from quite a way out there tends to make the races real strong tests. A low draw is always a help, particularly in the six-furlong sprints as the bend comes up quickly after the start. It is possible to make all the running at Leopardstown, but it isn’t easy, particularly on the outside track in which the straight is even longer than on the inside track. 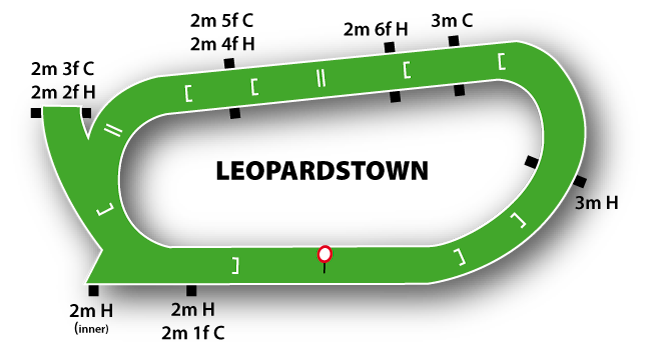 A wide, left-handed oval track, about a mile and three quarters in length. The course is fairly level with easy turns except for a slight rise from the last bend. It provides a fair test, although three of the fences in the back straight are close together and occasionally catch out the less-accomplished chaser, and the finishing straight is relatively short. The inner hurdles course, used occasionally, is rather sharper in character than the chase track and tends to provide a significant test of tactical speed.


A brilliant galloping track. There are rarely hard-luck stories around Leopardstown unless you find yourself tight for room approaching the second-last hurdle. The inside hurdle track is quite different in character to the outside track and it can pay to be that bit handier, particularly when the field sizes are big. It’s a track that takes a lot more getting than many people give it credit for, as it’s deceptively stiff all the way up the straight. The fences are quite stiff, but they are fair and always rode well.