Naas Racecourse is located just 30km from Dublin and is adjacent to the lively town of Naas. It has been in existence since 1924 and hosts a total of 15 fixtures every year consisting of both Flat and National Hunt racing.

Naas reached a notable milestone in January 2015 when it played host to the first Grade 1 race in its history, with the Lawlor’s Hotel Novice Hurdle (formerly known as the Slaney Novice Hurdle) being upgraded the highest status. The first running of the race produced a shock result with McKinley taking the spoils at 33/1.

The highlight of the Flat programme at Naas is the Group 3 Blue Wind Stakes which is run in May. The race often produced fillies that go on to Group 1 success, with recent examples of this being Banimpire and Pleascach. 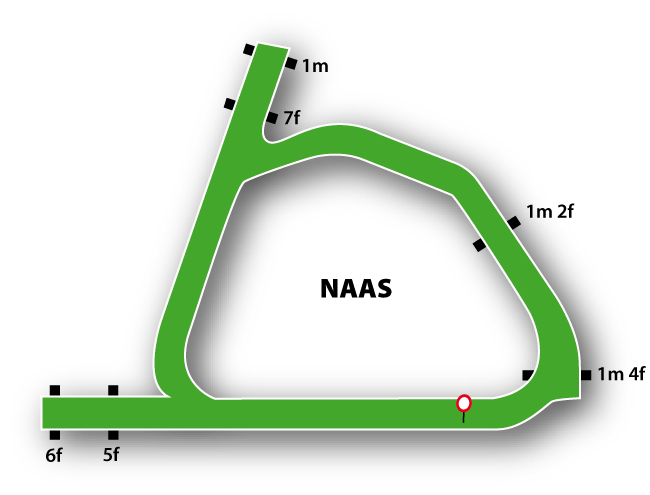 A left-handed track of about one and a half miles. It is very much a galloping track and has a stiff four-furlong straight. There is a two-furlong chute at the entrance to the straight that allows for five- and six-furlong races to be run on a straight course.


It’s known as the “Punter’s Graveyard”, but I don’t see why it plays out like that, as it is a fair track by all accounts. On the round track, the ground before the chute for the mile start back up to the mile-and-a-quarter start tends to get softer than the rest of it. I’d always prefer a low draw in the mile-and-a-quarter races. The seven furlong and mile tracks are very fair. The draw isn’t a big issue, as there is plenty of time to get across and find a position before the turn into the straight. The sprint track has always been good and it is even better now since they levelled out the first three furlongs or so to take the ridges out of it. The draw isn’t really a factor on it barring the ground gets soft, then high draws are favoured as they tend to come towards the stand rail. 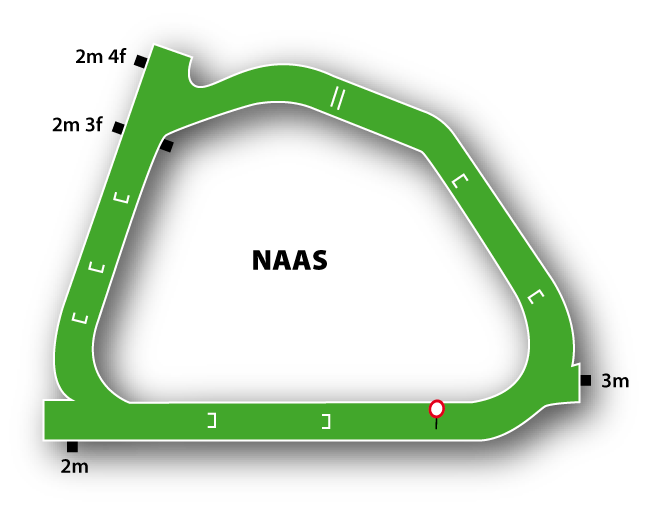 A left-handed oval track with a circuit of a mile and a half. This is a galloping track in character, with a stiff uphill finish, and it suits staying types. The chase course, which is on the outside of the hurdles course, has eight fences to a circuit, two of them in the home straight of almost four furlongs, and there is a run-in of over a furlong.


A great galloping track. The ground from the seven furlong post to the winning post is always a bit better than the ground past the winning post to the seven furlong pole, which tends to be that bit softer and when the ground is heavy, it can be very deep indeed out there. The finish is stiff, but in general, I found it paid to be handy and it can be difficult to come from off the pace there. The fences were always stiff enough, but fair. You rarely see hard-luck stories around Naas.