Home of the World’s Oldest Classic, Doncaster is one of the historic homes of horse racing. The highlight of the year on the flat is undoubtedly the four-day St Leger Festival in September, where the feature race, the St Leger, first run in 1776, is staged on the Saturday, and the meeting also boasts such prestigious races as the Doncaster Cup, Champagne Stakes, Flying Childers Stakes, May Hill Stakes and Portland Handicap.

Doncaster also stages the first and last turf race meetings of the Flat season; starting with the Lincoln Meeting in March and ending on November Handicap day. In between are a clutch of valuable afternoon and evening fixtures, including the Group 1 Racing Post Trophy, run in late October, which is often a strong pointer to the following year’s classics.

Over jumps Doncaster hosts some important fixtures over the winter; the most significant being the Yorkshire Chase in late January and the Grimthorpe Chase in early March. 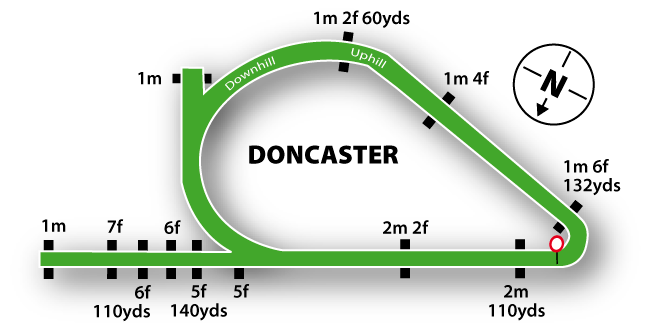 Left handed, galloping. One of the fairest courses in the country, essentially flat with the exception of a slight uphill gradient about a mile and a quarter from the finish. Races between five furlongs and one mile are run on the straight course, though there is also a round mile start on an off-shoot of the round course. It is a free-draining course, underfoot conditions only occasionally being soft/heavy.


There are not many fairer courses than Doncaster, which is a lovely, virtually flat, galloping track. You do climb briefly, up and over Rose Hill, but, for the most part, it’s beautifully smooth to ride, a good, solid test of a horse. There can be one or two hard-luck stories, especially on the round course, when lots of runners are still in contention late on, and that’s where jockeyship comes in. I liked to be on the stands’ side on the straight course, but either side is fine, just as long as you’re not far off a rail. 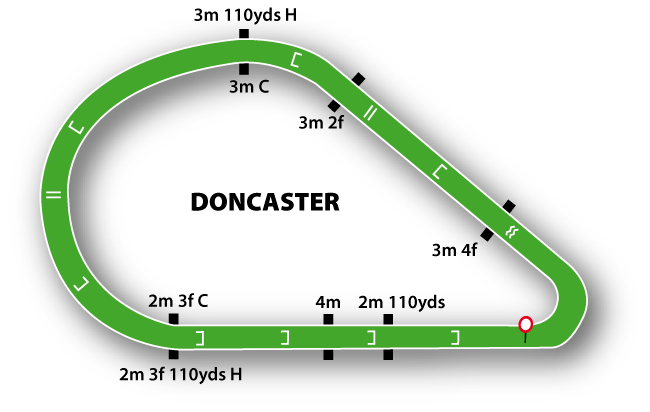 Left handed, essentially flat. Extremely well-draining course, with conditions often favouring speedier types despite its galloping nature. Surprisingly for such a galloping track, plenty of chases are well run and this perhaps explains why the casualty figures are so high.


It always pays to sit comfy on a horse at Doncaster, so, ideally, you want one that travels easily for you. If you find yourself pushing along turning into the back straight, you often get further and further behind those going better than you are. That’s especially true when the ground is quick and it’s fair to say you can afford to be a bit more patient when there’s some ease underfoot. It’s quite a tough track for a novice chaser, because a couple of the fences - including the last ditch - can test their jumping.