Racing takes place at Ludlow throughout the winter months with its feature race being the Forbra Gold Cup run in late February. The race, named in honour of Forbra, a 50/1 winner of the 1932 Grand National whose owner was based in Ludlow, usually attracts a competitive field.

Notable horses that have got their nose in front at the Shropshire track include 2009 Champion Hurdler Punjabi, Tamarinbleu, winner of the 2008 Victor Chandler Chase at Ascot, and Taranis, winner of the 2007 Ryanair Chase at the Cheltenham festival. 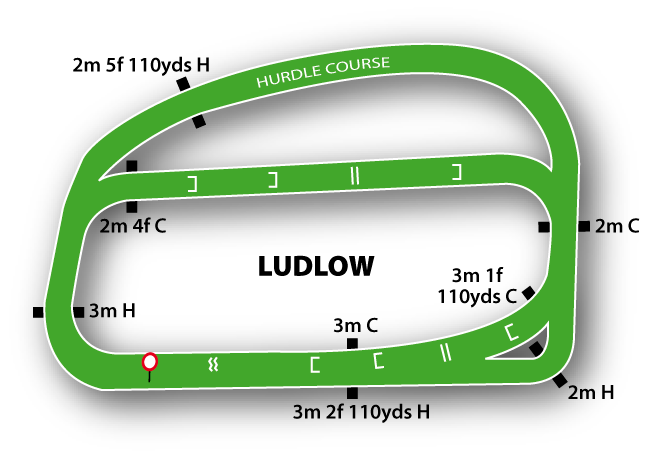 A sharp, right-handed, oval track, with a nine-fence chase circuit about a mile and a half and a run-in of 250 yards. The fences are easy, though the first fence in the home straight can catch horses out. The hurdle course, which runs on the outside of the chase course, has easier turns. Whereas the chase course is flat, the hurdle course has slight undulations but they rarely provide difficulties for a long-striding horse.


My old boss, Nicky Henderson, loves Ludlow and the list of horses to have won there reads like a who’s who of jump racing stars. That’s because, in order to be successful, you need one with a lot of speed - and you can win races over two miles with a non-stayer, just as long it wastes little time in the air. The fences are easy - some horses practically hurdle them - but, until they re-sited the first fence in the straight, we used to call it ‘Trappy Trevor’. It doesn’t seem to catch so many out these days.