Ballinrobe is a dual-purpose track that holds nine meetings from May through to September. Racing has taken place at the current location since 1921 and it is the only track in the western county of Mayo. The races are always well attended and the facilities for racegoers are among the very best of any country track in Ireland, resulting in it being awarded the title of Racecourse of the Year by the Irish Racegoers Consultative Forum in 2012.

Racing under both codes is generally very competitive. One of the highlights of their flat programme is the Vaughanshoes.ie EBF Fillies Handicap at the June meeting. Over the jumps, the Treacy’s Pharmacy Chase at the August meeting often attracts a classy sort and was won in 2015 by the Cheltenham Festival winner Savello. 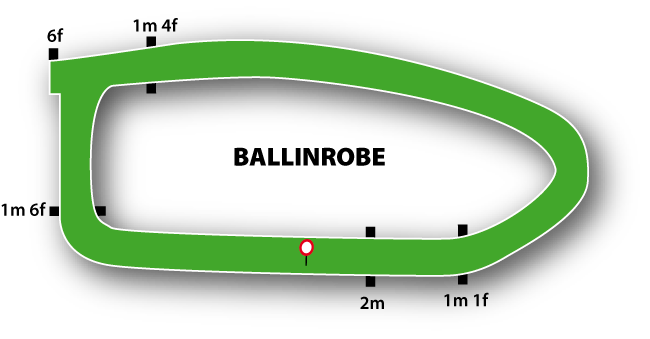 A right-handed oval track of about a mile, with a run-in of not much more than a furlong. While the back straight is uphill, the closing stages are downhill, and speedy types are favoured. Six-furlong races are run around a sharp turn.


This is a tight track. Barring they go off a mad pace in front, it really does pay to be prominent and a low draw is a help too without being essential. The trickiest part of riding Ballinrobe is the home turn, as it’s very sharp and if you challenge wide, you can really get slung really wide and lose a lot of ground. I don’t think it is a track that would produce course specialists as such, but having pace is a big asset to have there. They have started using a new track extension recently and it makes the track that bit more galloping when in use. 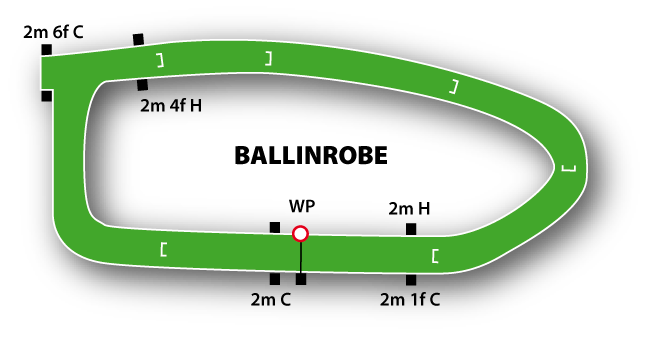 A right-handed oval track with a circuit of around nine furlongs. Although the back straight is uphill, the last two and a half furlongs are downhill, and this is not a course for a staying type. There are six fences to a circuit, three in the back straight and the last one just after the turn into the short finishing straight. The run-in is around one furlong.


There are two tracks at Ballinrobe now, as they recently opened a track extension that runs outside the old track down the back straight, and both of them are quite different in character. The old track is quite tight and it always paid to be prominently placed. The last bend can throw you out quite badly and it wouldn’t be unusual to lose five or six lengths if you met it wrong, so being towards the inside on that is definitely a help. I would consider the old track to be one that would breed course specialists, as it isn’t straightforward for all horses. While I haven’t ridden on it, the new track extension seems to be a very positive change as it is that bit more galloping and easier for all horses to handle. In terms of the fences there, I always considered them to be amongst the easiest fences in the country.