The most prestigious racecourse in Ireland that only races under National Hunt rules, Punchestown host 17 high-quality fixtures every year. Located just outside Naas which is 30km south of Dublin, it has played host to racing at its current location since 1824.

Away from the Festival, Punchestown also hosts the Morgiana Hurdle in November and the John Durkan Memorial Punchestown Chase in December, which are well-established targets for many stars of National Hunt racing in the first half of the season. 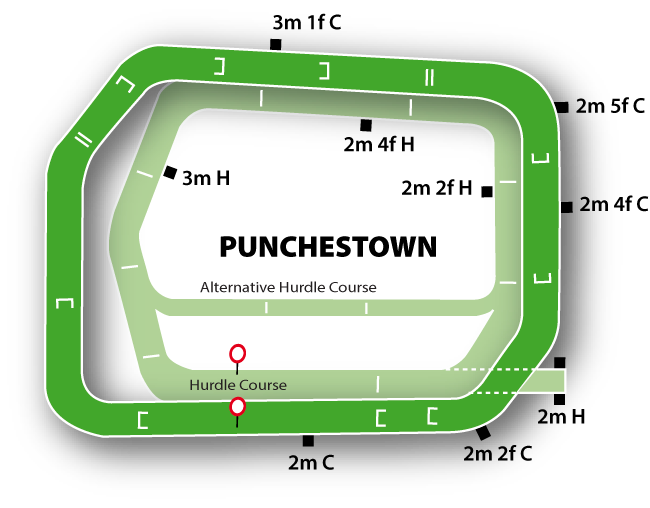 A right-handed, galloping, undulating track with a steady climb through the last five furlongs. It is a very fair test of a jumper; there are eleven fences to a circuit which are not stiff by British standards and they pose few problems to sound jumpers. The cross-country course is a long and twisting one over a variety of banks and other obstacles, few of which are jumped more than once. The turns are both left- and right-handed and only the final brush fence is on the racecourse proper.


Punchestown is a story of two tracks really. The chase track is brilliant, a proper Grade 1 track. The fences are stiff, but very fair. However, I never really got on well with the hurdle track. It’s very undulating, the downhill section after the winning post can also make life difficult. The bends are very tight, especially the second-last bend, and in realty it is sharper than most people appreciate. Because of its nature, I’d much rather be handier than held up.